¤ Home » Resources » What is Geriatrics?

Geriatrics is a branch of medicine focused towards the health care of the elderly. There is no set age which specifies the need to be under the care of a geriatrician. However, if a patient's situation causes considerable impairment and frailty, if growing number of prescription drugs makes it unclear which drugs are appropriate, or if family members and friends are feeling considerable stress as caregivers, then it is time to seek geriatric attention.

A geriatric patient has a certain profile of problems that the doctor is trained to focus upon. These problems are caused by mental, circulatory, and sensory deterioration in the aged and the most prevalent ones include dementia, delirium, falls, poly-pharmacy, and coronary heart disease. Illnesses, diseases and medications may affect older people differently than younger adults and older patients often have multiple health problems and take multiple medications. Geriatricians prevent, manage and develop care plans that address the special health problems of the elderly.

Dementia is a gradual decline in cognitive function (process of thought) which results in apathy, confusion, and stupor. Major characteristics include short- and long-term memory loss, impaired judgment, disheveled appearance, and poor hygiene. Alzheimer's disease (AD) is the most rampant form of dementia and it is generally diagnosed in people over 65 years of age. Such a condition is caused by deterioration of the brain tissue. 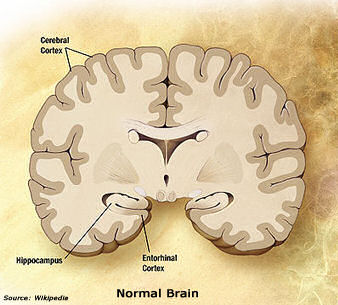 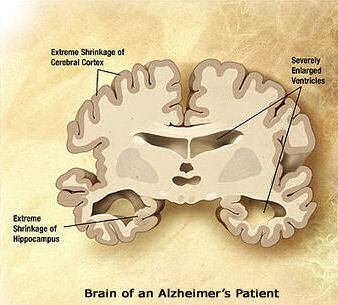 Besides memory loss, symptoms include confusion, irritability and aggression, mood swings, language breakdown, long-term memory loss, and the general withdrawal as senses decline. There are four stages of AD - predementia, early dementia, moderate dementia, and advanced dementia. Alzheimer's disease is incurable; therefore, mental stimulation, exercise, and a balanced diet are often recommended, as both a possible prevention and a sensible way of managing the disease.

Delirium is temporary disorder of the mental faculties, as in fevers, disturbances of consciousness, or intoxication, characterized by restlessness, excitement, delusions, hallucinations, etc. Delirium itself is not a disease, but a syndrome, which may result from an underlying disease. It has three main characteristics: disturbance of consciousness (there is reduced clarity of awareness of the environment, with a decreased ability to focus, sustain, or shift attention), change in cognition (problem-solving impairment or memory impairment) or a perceptual disturbance, and onset of days to hours with the tendency to fluctuate.

Falls occur frequently and are a major cause of disability and death in senior citizens. More than one third of people over the age of 65 have at least one fall each year. Injuries sustained in a fall may range from trivial bruises to life-threatening trauma. Head injuries and fractures of long bones (for example, hip fractures) lead the list. There may be a delay in the onset of the effects of head injury. Even falls that do not lead to injury can have a negative effect on older adults. After a fall, elderly patients often voluntarily restrict their activity because they fear another fall. This reduction in exercise leads to further weakness that, in turn, increases the risk of another fall - a vicious cycle. Everyone is at risk and risk for falls increases through age. 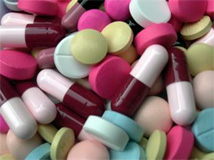 Polypharmacy by definition means "many drugs". It is the use of more medications than is clinically indicated or warranted. There is a greater use in the elder population because illnesses are more common. Statistics show that currently the elderly constitute 12% of population but account for 32% of the prescriptions. A person over the age of 65 has an average use of 2-6 prescription drugs along with 1-4 over-the-counter medicine. Polypharmacy leads to more adverse drug reactions (ADR) and decreased adherence to drug regimens. With increasing number of drugs being taken, the ADR (unwanted, negative consequences from use of medications) grows tremendously. For the patients, results also include a poor quality of life, high rate of symptomatology, and drug expenses; there is also a greater risk of falls, dizziness, and memory problems. 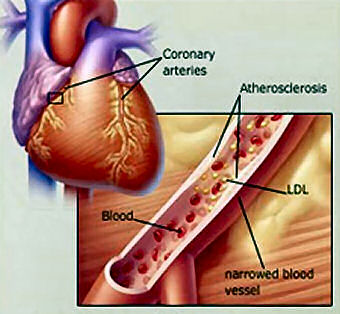 Coronary heart disease (CHD) is a condition in which the there is a poor circulation of blood and oxygen to the heart and the surrounding tissue. It results from the narrowing of the blood vessels and is caused by atherosclerosis which is a buildup of plaque and fats on artery walls. Certain conditions such as age (40+), diabetes, genetics (heredity), high blood pressure, high bad cholesterol (LDL), lack of sufficient physical activity, low good cholesterol (HDL), menopause, obesity, and smoking put a person at higher risk for CHD. Symptoms of CHD are angina (chest pain), shortness of breath, and heart attack. CHD is the leading cause of death in United States (accounts for about 34% of deaths amongst the elderly), which makes its diagnosis and treatment even more critical.

What is the difference between an adult doctor (physician) vs. an elder doctor (geriatrician)?


When should you start seeing a geriatric doctor?


What is a caregiver?

Anyone who routinely helps others who are limited by chronic conditions; assist with such basic tasks as bathing, dressing, preparing meals and shopping.


What are the most common geriatric medical problems?